Kohinoor and Cnoc an óir

Kohinoor and Cnoc an óir

A few years ago (it's more than a few years ago now, actually) I came across an Indian restaurant in M├╝nster in Germany called: "Kohinoor". The owner had translated it as "Berg des Lichtes" in German ("The mountain of light"). This would be "Cnoc an ├│r" in Irish, which I found to be very similar to the original in Urdu.

Meaning of the words Cnoc an ├│ir and Kohinoor

The Urdu word Kohinoor means "mountain of light", in Irish "cnoc an ├│r." Both sound very similar to one another, and the meaning of "cnoc an ├│r" is very similar to "mountain of light," Kohinoor. "├│r" normally means gold in Irish, but it may also indicate brightness or light? I felt the pronunciation would be very similar too. It's the "noor" part that means "light", not the "oor". It's an Arabic word. "Kohi-i-noor" is the whole thing. Latin : aurum = Gold, aurora = light of the morning Italian: oro = gold French: or = gold

There are two words: Persian kooh = mountain, and Arabic noor = light. The two words are in Persian combined by the particle 'e' to 'kooh e noor' = mountain of light. There is another very famous diamond, the Darya ye Noor = sea of light (e > ye after vowel); darya is Persian. Both of the names are of Persian origin. Noor is also well known in personal names, e.g. Noor ed Din = light of the religion.

The Kohinoor diamond is one the most famous diamonds in the world. It comes from India and is currently part of the British crown jewels. 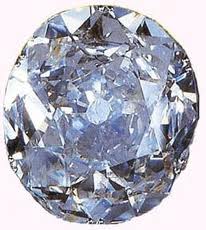 See and participate in a discussion on Quora.com on this subject.

Like to see other similarities between Urdu and Irish?